I was having a discussion with a friend about my "Childhood Hollywood Crushes." Why does that matter? Well, it started me thinking about the topic. That led to me dwelling on the topic. In turn, that led to me actually make a year by year list, starting in 1984 (when I was seven and first remember crushing on someone on TV or in a film) and ending in 1991 (when I was fourteen and started seriously worrying about real life crushes more than those on TV or in film) completely with film or television references and pictures.

Why would I take the time to make a list like this? I'm more than a little obsessive, and I have to follow rabbits as far down their holes as I can. If I can. Anyway...

Then, the topic showed up again, a few dozen times, on my Facebook timeline (see example to the left), and I figured that now was as good a time as any to put my list in a blog post for ease of access and all.

So, yeah, without further ado... here is my list: 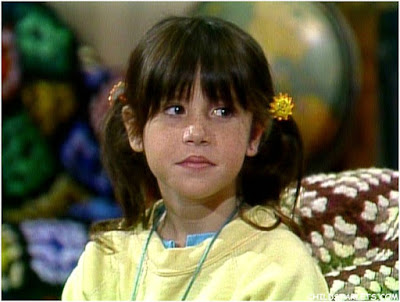 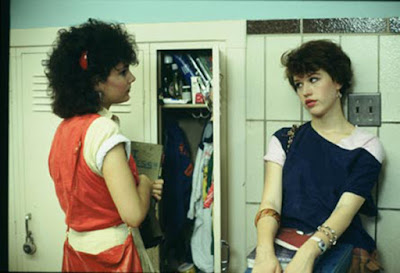 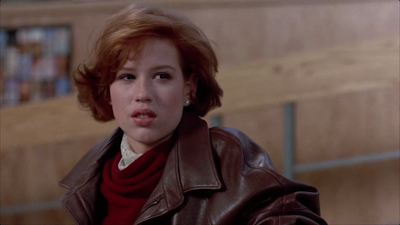 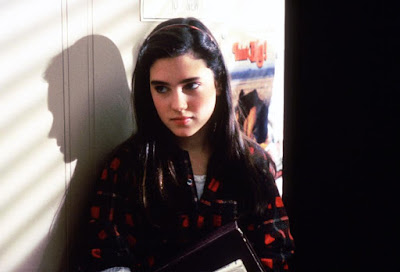 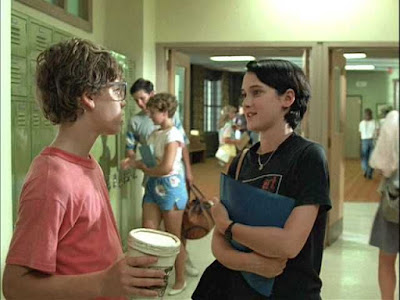 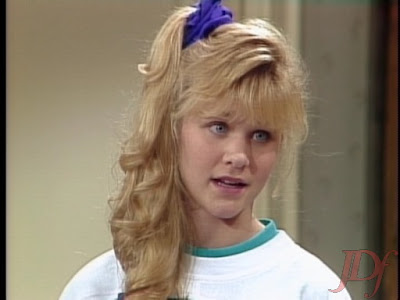 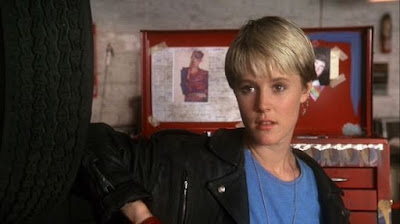 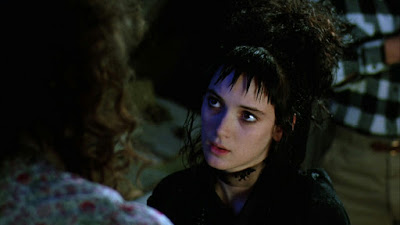 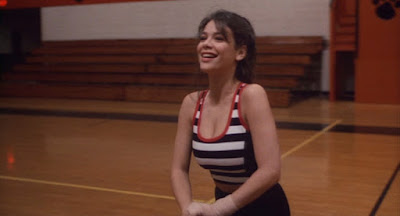 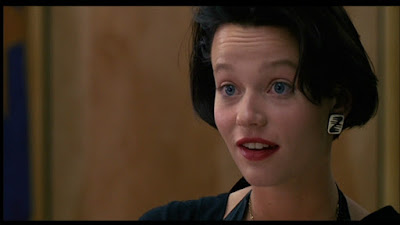 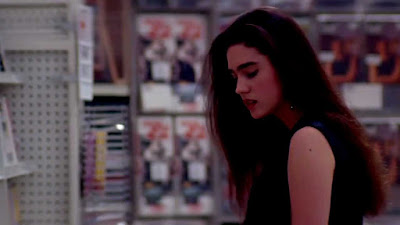 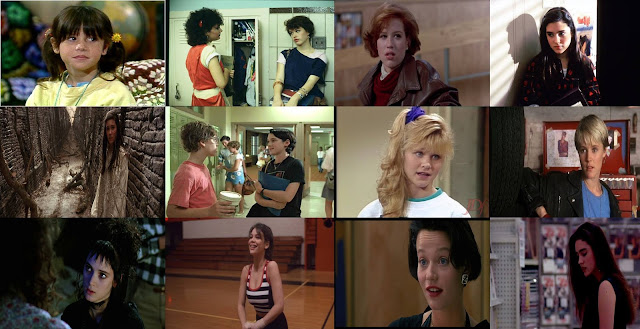 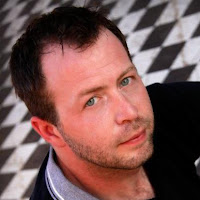 I'm more than certain that all this falls squarely under the heading of "Too Much Information," but, me? I'm the sharing (or oversharing) type... from time to time.

How about you? Do you overshare? Who were your crushes? Comment below (with pics if you like) of yours.
Posted by Dennis Sharpe at 8:44 PM 1 comment:

Making Dinner With My Daughter 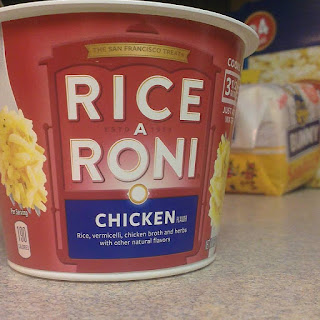 I love it when I do something in front of my children that they obviously find inexplicable and are baffled by... but they don't ask about.

Things continue and I do the same thing over and over again... until they copy my behavior, assuming what I'm doing is just what should be done.

Tonight I made Rice-A-Roni for the first time with my daughter in the room. Every time, from her first seeing the packaging, that she would say Rice-A-Roni aloud I would immediately respond with "The San Francisco treat. Ding ding." in a singsong voice.

The first few times were awkward. She looked at me strangely, even warily... but after about the tenth time she seemed to just accept it. After about twenty times of this happening my son walked into the kitchen to inquire as to what food was being prepared. I gestured toward the package on the counter top and he read aloud, "Rice-A-Roni?" 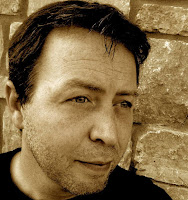 My daughter followed directly with "The San Francisco treat. Ding ding." without missing a beat.

My son looked at her bewildered and walked out of the room.

My kids are going to have great stories of their childhood when they are older.
Posted by Dennis Sharpe at 6:46 PM No comments:

The expressive face of Randy Moss is speaking for me, Racists and Bigots on social media are not.

In fact, I don't know much if anything about anything that goes on in the wide, wide world of sports ball.

I made the mistake of clicking on the "Randy Moss" trending link on the side of my Facebook newsfeed this morning, though. I had no clue who Randy Moss was. I still don't know much outside of the fact that he was a player, and now much is being said about the expression on his face (pictured here).


What I do know, though, is that white people in the country are coming out of the woodwork... from every direction... left, right, and sideways... to make sure that all black Americans know they are racists and bigots, and to keyboard jockey their white pride like it was something remotely positive to lord over black people who have clearly had more than enough.

Hearts and minds aren't changed overnight. Black people may have (and I'm not one, so I'm sorry if my speaking for them on this matter is offensive) been more easily won over to forgiving the injustices visited upon them a hundred years ago... maybe even fifty years ago... but with comments like the one on the photo here... and the countless others like it I scrolled through... holy crap. How can anyone expect anything but righteous indignation? When they are disproportionately targeted by the police, by the laws, by those in power, and by those who control the flow of money?

To be black in America is to know, and to be told (seriously, read the comments made on this Randy Moss topic if you don't believe me) early and often that your happiness, your freedom, your livelihood, your equality, and even your life is less valuable and important than white entertainment, relaxation, comfort, and worst of all... superiority. 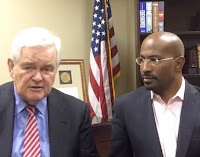 Even Former House Speaker Newt Gingrich, and they really don't come any whiter, said: "It took me a long time, and a number of people talking to me through the years, to get a sense of this: If you are a normal white American, the truth is you don't understand being black in America and you instinctively under-estimate the level of discrimination and the level of additional risk,"

I get the look on Randy Moss' face in the picture from that video clip. I find it heroic that he kept his seat after I listened to what was being said in the video that picture was taken from. The class, the strength, the self-control, and the raw power Randy Moss showed in that moment to not rise up... to raise his voice or his hands... that showed a greater stoic dignity than any of those on the opposite side of the Kaepernick discussion has in them to put forth.

We are nation built on the ideals of equality and freedom... and until all people, of all colors, of all faiths (or choice to have none), of all sexuality, and of both genders are all... each and every last one... truly equally treated under the law... and equally free... then none of us are, and we are living a lie.

Wake up, white America! Wake up and see fear and hate for what they are! Wake up and actually be the American people you already claim to be. These things were never acceptable, and the time is more than a century past that equal and free actual meet in practice and definition, in this country, and in the world. Please.

Posted by Dennis Sharpe at 4:31 AM No comments:

Dennis Sharpe
I write, I create, I make stuff up... 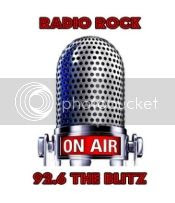 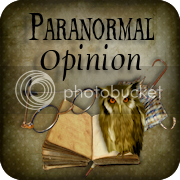 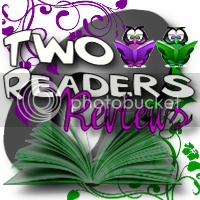 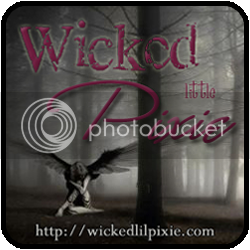 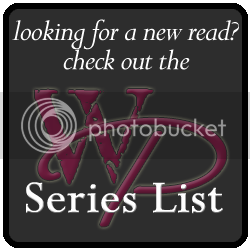